Our most collectible firearm yet.

This tribute edition’s left side carries an image of the Waban that was used during the building of the First State Prison, San Quentin. In addition, an early image of San Quentin, all in gold relief against a bold American-style scrollwork..

On the right side carries a representation of a modern day prison tower, with banner bearing the words IN TRIBUTE TO THOSE WHO WORKED THE LINE.   All images, and borders that surround them, are selectively gold plated.

The recognition HONOR COURAGE DUTY  is cut into the surface between the front and rear panels; the full-color California Department of Corrections badge is laser-etched and hand painted on the stock’s right side. 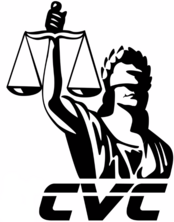 In the year of 1850 California received its statehood, and was booming.  Along with the influx of individuals seeking to enrich their lives in the gold rich state, was another group who choose to make their fortune thru illicit means. As the California jails were full, and the criminal population was growing, it was determined that a state prison was needed for some of the more harden criminals.  In 1851 the California Senate and Assembly passed an act for securing the State Prison Convicts. In December of 1851, twenty state prisoners were placed into the hold of the Waban, and it was towed, and anchored near the quarry site where the prisoners could be taken ashore for the building of San Quentin Prison. It wasn’t until the summer of 1853 when the foundation of the first cellblock was laid at San Quentin.

Over the next ten years San Quentin, grew in population, living conditions deteriorated, and escapes were common. As a result a committee was created and reforms were ordered. Of importance was the replacement of the war surplus muskets that worked poorly in the San Francisco damp air, with fifteen Henry repeating rifles.  It was determined that one guard armed with a Henry was equal to at least ten guards with muskets. It was this simple change that quickly turned around the safety and security of the prison system, and prisoners soon learned that a well trained guard, armed with the proper equipment was a major deterrent to any escape.

"It’s perfect as a cherished presentation gift for retiring CDC staff member or to celebrate any special law enforcement occasion."

Cancellations will be subject to a $50.00 fee, orders cannot be canceled after final payment made to CVC.

THIS PURCHASE IS NOT RESTRICTED TO PEACE OFFICERS

Due to this being a secured form, may not work on public networks.